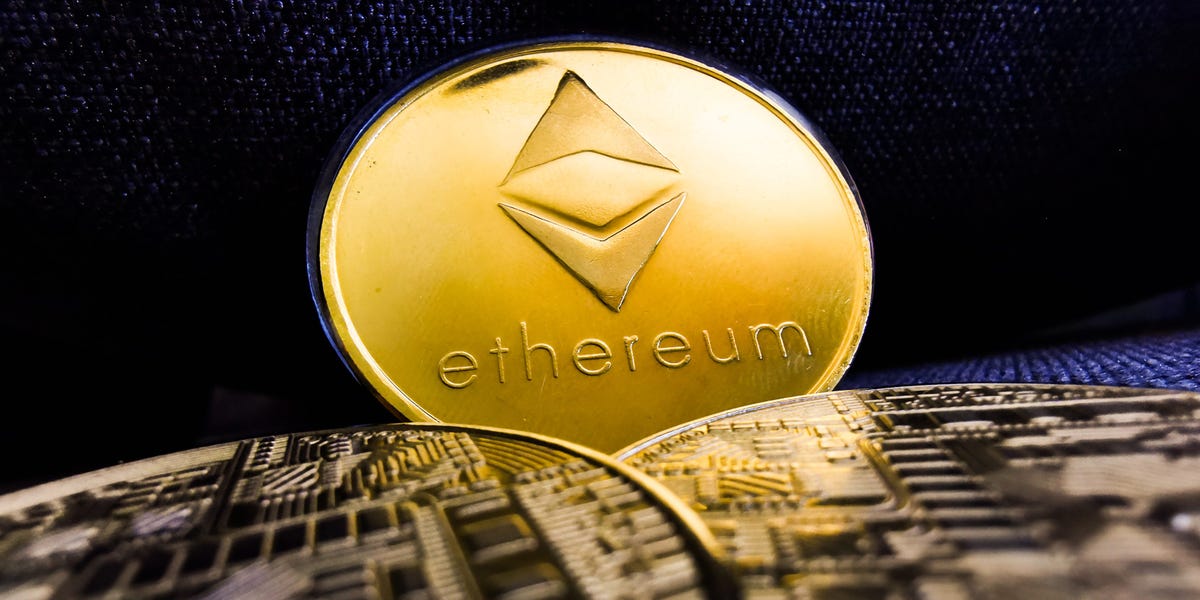 Cryptocurrencies have taken off in the past year as investors hoard digital assets while the dollar falls, weakened by waves of fiscal and monetary stimulus in response to the pandemic.

Many who have missed the big run in cryptos like bitcoin (BTC), ether (ETH), and several altcoins but are optimistic about their futures are counting on a pullback, as are crypto bears and skeptics.

But Michael Sikorsky, the founder and CEO of the financial-intelligence platform Copia Wealth Studios, is bursting the bubbles of those waiting for the crypto bubble to burst.

“I would say they’re overly volatile,” Sikorsky said. “That’s not the same thing as being in a bubble. People will say that because they think that they’re backed by nothing. It’s like there’s nothing underpinning their valuation, but I don’t believe that to be true.”

Unlike stocks, where shareholders are entitled to a share of that company’s future profits via dividend payments, cryptocurrencies don’t intrinsically generate material value, as Warren Buffett has noted. That doesn’t mean they don’t have value — it’s just much harder to pinpoint.

There are two main groups of people buying cryptocurrencies right now, Sikorski said: those entranced by the idea of getting rich quickly and those who understand cryptos and believe in their uses. Sikorsky said he belongs to the latter category.

“We care more about the platforms,” Sikorsky said. “So if you go back and you look at the altcoins that we buy, we allocate probably 10 times more capital when it’s a blockchain that can be programmed.” He continued, “Anywhere that other people can build apps and there’s a platform opportunity, that’s the real value.”

Cryptos run on blockchains, which are public ledgers that record all interactions on a network. The technology allows for transparent and independent verification of payment transactions without a central authority like a government overseeing and regulating the action.

Blockchains will be the backbone of the next iteration of the internet, Sikorsky said, which proponents call “Web 3.” That’s why William Noble, the chief technical analyst at crypto-data firm Token Metrics, called altcoins “the future of technology” in a recent interview with Insider.

“Look at the blockchain, look at ethereum, look at solana (SOL), look at all the apps getting created on top of that,” Sikorsky said. “It’s like burgeoning Web 3.0. That’s kind of like saying if you go back to the dot-com bubble, there was a lot of really, really crap things that happened, but there’s also the beginning of what actually changed the economy.”

Bitcoin and ether are safer bets than most altcoins

Many altcoins “will wash out,” Sikorsky warned, adding that crypto bulls must be careful and know what they own. He noted that the biggest coins should be safe no matter what in the long term.

“Bitcoin and ethereum, you don’t have to be so conscientious,” Sikorsky said. “You can just index those. The altcoins? You should be a conscientious investor.”

Sikorsky isn’t the only one keeping a close eye on altcoins. Nikolaos Panigirtzoglou, a global market strategist at JPMorgan, recently warned clients that the run-up in altcoins over the past few months could predicate a sudden crash.

Sikorsky has steadily maintained ambitious price targets of $100,000 and $10,000, respectively, for bitcoin and ether — ethereum’s native token — by “no later” than the second half of 2023. He said that he’d be more confident if he had a crystal ball, but added that there’s plenty of reason for optimism.

“The supply-of-wallets curve and then the supply-of-coins curve — it automatically makes a pressure to raise the price,” Sikorsky said. “Wallet expansion is growing exponential, and the coin supply is going down. You’ve got classic supply and demand driving the price up.”

Deflationary events for both bitcoin and ether will restrict the number of new coins that enter circulation. For bitcoin, a halving event scheduled every few years will steadily make the token harder to mine. Similarly, ether benefits from a protocol called EIP 1559 that slows supply growth and makes the currency relatively more scarce.

Unlike ether, bitcoin’s supply is capped at 21 million units, which makes it an inflation hedge, Sikorsky said. That quality could come in handy as the

Still, Sikorsky is more bullish on ether and said he tries to hold at least twice as much of it as he does bitcoin, adding that the ratio could increase in the future. That’s because bitcoin isn’t programmable, unlike ethereum and other altcoins he likes. There’s no guarantee of success for any cryptos, especially not the smaller ones, but Sikorsky still believes they’re a worthy bet.

“Who’s going to be the market leader? We don’t know,” Sikorsky said, a sentiment shared by Craig Kirsner, the president of retirement-planning services firm Stuart Estate Planning Wealth Advisors. “If you don’t have an allocation, there’s that old Larry Hite quote: ‘If you don’t bet, you can’t win. If you lose all your chips, you can’t bet.’ So you have to bet some chips on the altcoins because you don’t know where they’re gonna go and how much they’re gonna move.”

Below are the top four altcoins that Sikorsky said Copia Wealth Studios is accumulating, along with the symbol, market capitalization, protocol, maximum supply, and Sikorsky’s thesis for each.

Bitcoin Sprinted Up 11% By Investing.com – D1SoftballNews.com

Cardano Rally Up 10% By Investing.com – D1SoftballNews.com